Freedom- illusion or a reality

A facebook post and a few comments later got me to write this on my now defunct since eternity blog..:) sorry if you will pardon me on this but then i know i dnt have many readers for this hence no pain to anybody..
But a million apologies to my darling two followers whom i have never thanked enough..(being the optimistic one, since i know too well that they must have forgotten my existence too :))
This blog started as a makeup blog which i am surely very poor and lazy to do reviews..i am a better reader as you'll see.
But later on that.
I was talking about freedom..
it is the buzz word of the season with Anna with one with the voice of India..Giving a meaning to the freedom that we as indians have saying no to corruption

But have we looked into our own lives?
Is freedom indeed a reality? do a wife really has freedom to coose the color of the curtains or whether she wants to work or not??these may be the best hidden secrets of our times.
Yes we have more women professionals today but are they really free at home? Is it not a taboo even today to be the sole bread earner of the family. Numerous magazine surveys may disagree with me but it is the hard truth.

Every woman no matter which designation she is working at she is still asked first thing at social gatherings what her husband does? families still want the woman to go along with the will of their husbands, so thank y our stars if you have a partner who is happy with your success professionally..If not then you'll never accept that promotion that you always wanted.
are we free yet to make our own choices?
Posted by sree at 10:08 AM No comments:

On my recent trip to New Delhi I had the amazing opportunity to visit Forever 21!!!yay!!!The place blew me out of my mind..they had amazing accessory collection and loved everything. I had my eye on the owl necklace for quite some time now!!I'll do a detailed post on it and also the makeup stuff that i got in the past months!!Since I have to study now i'll leave with hints about what i got for myself!! 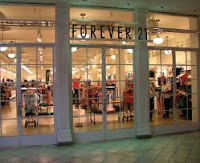 have a great day everybody!! 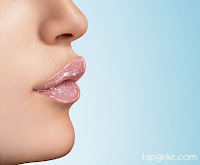 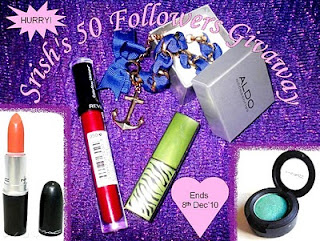 Beautiful Shrishti is holding a Giveaway on her blog stylefashionetc.blogspot.com and giving away amazing stuff!!! This is the first giveaway I am entering and hope i can win it!!
Posted by sree at 9:08 AM No comments:

Today the day started on a very sad note. Somehow my generation of instant SMSs make things too trivial and people fail to realise that some news are not supposed to be sent as group messages!!!someone's personal loss is not a news to be sent in messages..people are forgetting the importance of a simple human touch!!
Though I am sad the day ended with a bit of better things!!
I went to the new INGLOT store in the city of joy!!yay!!this one was looong overdue!!!

I should say the staff at INGLOT are wayyyyy better than the ones at MAC in my city!!are you listening MAC???you need to hitch up your pants and learn some people skills!!you definitely turned off a potential customer (me!me!!).its really irritating how the SA's cater to only the ones who have a fat purse and look like they just came out of a salon!!( not that its a bad thing, but then all of us don't have the luxury of staying at home..we do work hard to earn those bucks and that tend to make us seem tired at the end of the day!!!)
i am in love with my very first e/s.its amazing!!!!can't wait to work with it!!!
Posted by sree at 8:28 AM No comments:

exams are over for now!!granted that it was a teeny weeny one!!but it was an exam nevertheless!!but then i also miss a thing like exam when it gets over..it makes me feel that i have too much of time on my hands!!suddenly there's a vacuum!!
and exams are the times that remind me to re read books, surf the net for oh so important an article, surf blogs and every thing which is not important..
and the interest wanes as soon as the exams get over.
life's so weird isn't it??
btw i have got a new interest on my mind nowadays!!and the interest is totally unlike me!!!
will update on that!!
Posted by sree at 7:24 AM No comments:

okk i know it has been like ages since i last did a post..got super busy with studies and non studies stuff too!!but from now on i will be returning back!!right now i have an exam coming up!!but it'll be over by this week..so blog world ahoy!!
or in Arnie's words "I'LL BE BACK!!" huaaaahhahahaha!!(in OTT bollywood villain style!!couldn't help myself!!!)
Posted by sree at 10:17 AM No comments:

Today's news paper carries a news which delights every Indian.Sunita Williams, an astronaut working for the prestigious NASA is set fly to space in 2012.its not the first trip for her but then an experience like that must have a stupendous feeling every time one goes for a stroll in space.Sunita is of Indian descent from her father's side ,reason enough to brand her as a global Indian.
Another Indian,this time a true blue daughter of the soil, was equally if not more lauded for her accomplishments at NASA.Sadly the tryst with destiny didn't end happily and we lost a gem in the skies.But Kalpana Chawla lives on as an inspiration for every girl in the subcontinent.
Surprisingly her story of success started from the heartland of the most brutal atrocities against women that the country has ever witnessed.How ironical that the girls from the birthplace of Kalpana never live long enough to see the light of the day or darkness of the night lit up by the innumerable stars.Their life goes into the eternal darkness,the very same one resides in the heart of the people which drives them to commit such heinous acts.
Where is the honour for killing a sister, a daughter, a mother or any girl? Kalpana Chawla got married to an American, a foreigner who had no caste. And she brought honour to an entire country and to womankind.
Educated families drive their daughters to a life full of misery in the name of "knowing what is better for my child".A daughter is sent to school or college not for the education but to get better matches for them.The daughters will serve as pretty trophies for their husbands in high places.
How many talents did we lose in this circus of honour and dishonour?how many Kalpanas or Sunitas left their dreams of flying to the skies in lieu of bringing honour to the family?
A woman having a way with words or even her own way of life is seen as a threat,an instrument of dishonour.How can a nation dream of reaching the pinnacle of its development if it doesn't have its women standing along with the men,not behind them? Every successful man doesn't have a woman behind him but standing there right beside him.
Posted by sree at 11:30 PM No comments: 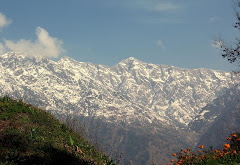 things on my mind